A population of just more than 11 million and covering around 425,000 square miles of land, Bolivia is one of the more sparsely populated countries in South America. There are wide open spaces throughout, expanding this way and that way as far as the eye can see in every direction, making Bolivia a spot ideal for those tourists who want to reconnect with nature and get a better idea of just what South America can be like in its most natural form. The country is landlocked, surrounded by other South American nations on all sides, and the Bolivian population is more than 70% Mestizo.

There are dramatic shifts in the climate of Bolivia from one region to the next. In the western Andes, the climate can reach polar lows, while in the lower-altitude areas, the summers hit extreme temperature highs, a humid tropical climate throughout the areas that catch the winds of the Amazon rain forest. There are deserts, there are subtropical semi-arid areas, and there are desert-polar areas with winds that blow cold and strong. Discover the diversity that is endemic to Bolivia, the diversity that has afforded the plant and fauna in the country to boom into an endless number of varieties.

It was not until the late 19th century that coffee production really caught on in Bolivia. When it did catch on, however, it caught like a raging fire among dry kindling. There are now thriving coffee industries all around the cities of Bolivia, including La Paz, Cochabamba, Santa Cruz, and El Beni, and the Yungas have become recognized for the outstanding quality of their beans. By 1908, Bolivia was producing 1.5 million pounds of coffee, exporting all around the world.

When the Aymara people first came to Bolivia around 2,000 years ago, they developed gradually into a powerful, influential civilization, and while estimates vary, some historians have recently suggested that they may have overseen an empire of more than 1.4 million people at their height. It was the Incas, through, who truly built up the area, overtaking the region from the 15th to the 16th centuries, when Francisco Pizarro, Diego de Almagro, and Hernando de Luque conquered what is today the entire western coast of South America stretching into what is today Bolivia.

Most tourists come to Bolivia not for one thing but for multiple things. While La Paz offers all the comforts of a modern city, it is the natural sights that define Bolivia more in addition to its commitment to preserving its indigenous cultures, represented in the recognition of 36 indigenous languages with co-official status alongside Spanish. Take in the sights, witness the history, taste the coffee out of Yungas: this is all part of the Bolivian experience.

Although the population of Panama is only 4 million, those 4 million people inhabit an area of just 29,000 square miles, making Panama one of the most densely inhabited countries in the world. Previously part of Colombia, the entire history of Panama is one at the center of which is United States influence. The country is wealthy, especially by the standards of its neighboring countries, owing in large part to the Panama Canal, a crucial trade route that has defined its commerce, banking, and tourism industries, the tolls from the canal making up a significant portion of the country’s economy overall.

There are many plants and animals that are found nowhere in the world but in Panama, making the country something of a haven for research scientists and naturalist tourists alike. The jungles are teeming with life, drawing in photographers, artists, and those who want to learn about the natural world. Positioned in what is sometimes considered Central America, Panama is a pivot between Mexico in North America and the countries of South America. Driving, walking, or by boat, millions upon millions of people cross through Panama every single year.

Coffee production first sprang up in Panama in the early 1900s. At that time, though, there was wild coffee throughout the Pacific Ocean side of Panama. It was the Boquete Valley that stood up to lead the burgeoning industry, pioneering arabica coffee, which the International Coffee Organization today recognizes as some of the highest quality in the world. By 2008, Panamanian coffees out of the Boquete Valley have even earned higher ratings and higher prices than coffees exported from Costa Rica. Around 18% of the coffee grown in Panama is robusta. You can read a great coffee review from Coffee Ken on his blog.

The histories of Panama and Colombia are closely intertwined, the former uniting with the latter upon gaining independence from Spain in 1821. Throughout the following decades, this relationship was fraught with trouble, culminating in a war of separation in 1899, which led to the establishment of independent Panama in 1903, the United States supporting this move for economic concerns. In the decade that follows, the United States built the structure that would turn Panama into what it is today, the Panama Canal. The relationship has continued into the modern era, and in 1989, the US invaded Panama in a move that was questioned by the United Nations General Assembly. Despite this invasion and the subsequent war, tourism in Panama was largely unharmed, and even today, it is a spot high on the list of vacationers, history buffs, and coffee aficionados all.

If you want to see South America in all its beauty and all its splendor and to fully comprehend what it is that defines the continent and the complex relations of its countries, Panama is the place to go.

The island of Hispaniola is split into two parts, Haiti to the west and Dominican Republic to the east. The population of the eastern half of the half, the Spanish-speaking half, is nearly 11 million, and the land area is just under 19,000 square miles. There are an abundance of economic opportunities in the Dominican Republic, and the country today boasts the largest economy in the entire Caribbean. It was here that Christopher Columbus landed in December 1492, encountering the Taino people, who had called the island home since the 600s. Cuba and Puerto Rico are close by, and to the northwest, swim or fly far enough, you will eventually run into Florida. This is an island nation that is proud of its bustling economy but also recognized worldwide for its idyllic beach scenes that draw in sunbathers and vacationers looking to slow down and enjoy life as it comes.

The climate is decidedly tropical in Dominican Republic, tropical cyclones hitting the country every couple of years, the majority along the southern coast. From November to January, the wet season brings torrential rainfalls, and in the mountainous areas, cold temperatures are possible. Across most of the landscape, though, warm, humid air is the norm. Constanza Valley, Los Haitises National Park, the Caribbean Coastal Plain, these are the landscapes you are likely to see printed on a postcard and sold in Santo Domingo.

If you want to see just what Dominican culture stands for, check out the National Palace in the capital. Governed by a strong, multi-party political system, Dominican Republic holds elections every two years and presidential elections every four years, a system that Americans will find familiar.

When the Dominican Republic, then a nation named for its capital as Santo Domingo, declared its independence in 1821, unification of the island of Hispaniola was considered an important goal. By 1838, however, opinions had shifted, and Juan Pablo Duarte founded La Trinitaria, a secret society intended to declare an independent Santo Domingo without foreign assistance. This movement was successful, leading to a succession of leaders throughout the 19th century. In 1930 Rafael Trujillo came to power, ruling Santo Domingo autocratically until 1961, at which time Juan Bosch became the first democratically elected president of the island nation in more than three decades. The story of democracy and representative government in the Dominican Republic is a thrilling one, symbolic of the constant struggle between those who would horde power for themselves and those who would distribute it justly. To visit the Dominican Republic is to experience this history for yourself.

In the mountainous regions of Dominican Republic, arabica coffee dominates the coffee industry, which is based mainly in the highland regions of the island. First introduced to the island in 1715, coffee is today the crop favored by farmers throughout the country.

You taste the coffee, you play spectator to the history – this is the wonder of being in Dominican Republic, and at the end of it all, take in the beach scenes that the country is famous for!

In Japan, the good cafes thrive. There is a reason for this; it’s no mystery. The people of Japan have a habit of rewarding good cafes, seeking them out, spreading the word about them, making sure that they get a lot of business. In a way, this system may seem like commonsense, the sort of thing that everyone should be doing, but it is a habit that is endemic to Japan. There is a booming specialty coffee culture in Japan, booming because of the value that the people of Japan place on specialty coffee. It’s a cyclical process: prize good coffee, get good coffee, prize good coffee, get good coffee on and on, over and over. 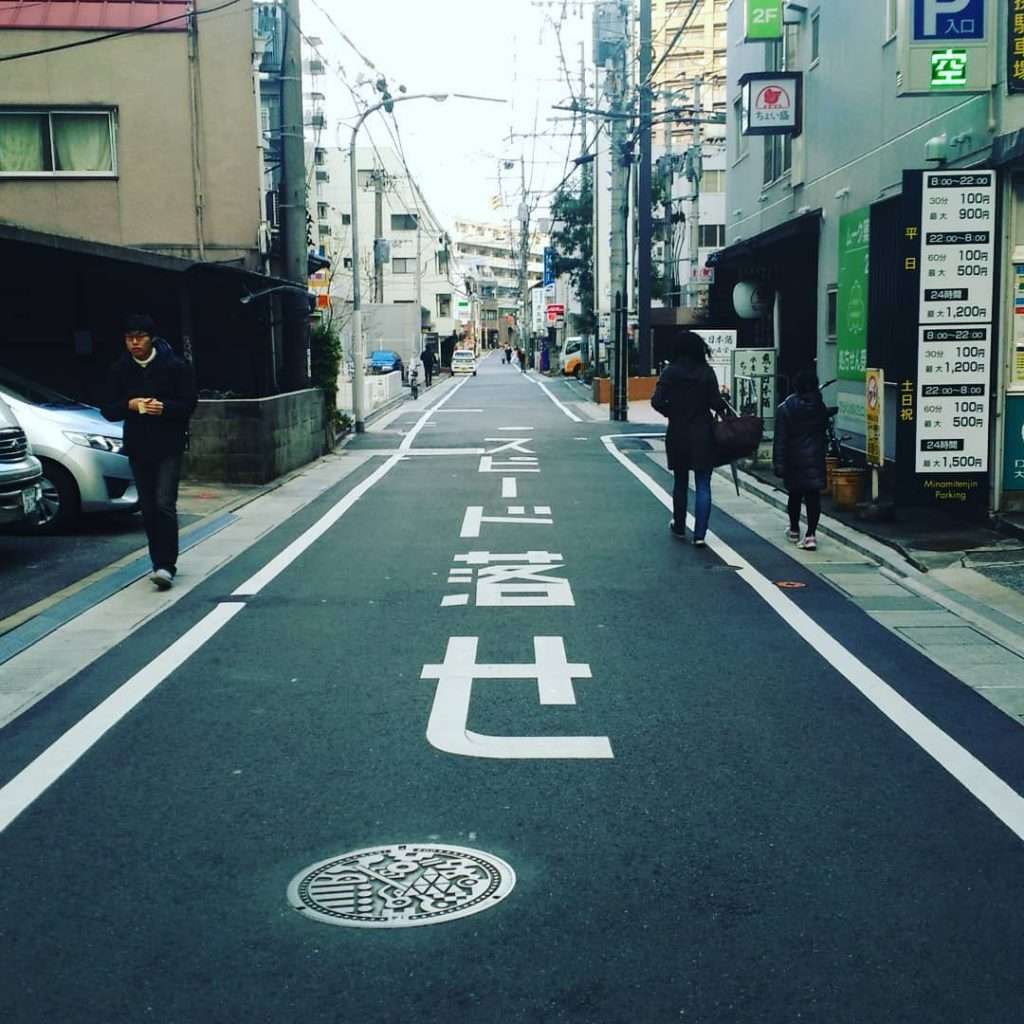 In America, on the other hand, there is no such culture. People in the US do not go out of their way to find great coffee or specialty cafes, at least not on a large scale, so good cafes tend to rise and fall rather quickly. Even in the biggest cities, you are much more likely to come across a chain, say a Starbucks or a Dunkin Donuts, than you are a specialty coffee shop that is turning a healthy profit. The reason? The American people aren’t rewarding good cafes in the same way that the Japanese people are.

Check out the video below. 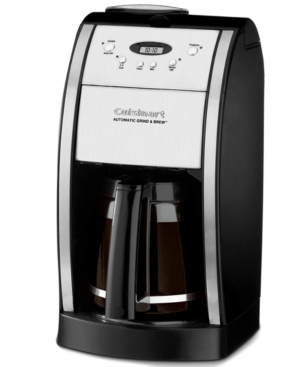 I’m very happy to offer you the first All-In-One coffee maker. Perfect for hikers, outdoor lovers and when on vacations. Now available at cocotu.com. This coffee maker is a perfect holiday gift! Watch the video below to learn more how it works. Place your order by clicking on this link: https://cocotu.com/product/all-in-one-coffee-maker/

I’m excited to host this amazing product in cocotu.com. This is our first coffee maker partner. This incredible all-in-one coffee maker makes life easier for coffee lovers on the road, office or at home.

The world’s first portable pour-over coffee maker reflecting an intuitive and epoch-making all-in-one design. It can stimulate and boost up the sales of coffee beans as we address to enjoy specialty coffee everywhere with Cafflano® Klassic; home, office, school, car, outdoor, and etc. Preparing all necessary brewing kits costs much and troublesome when trying to enjoy coffee outdoor; Cafflano® Klassic is affordable and its light weight ensures maximum portability, removing hassle of packing.

It consists of coffee grinder that has a foldaway conical burr ceramic hand-mill, dripping kettle, dripper, server, etched stainless filter and tumbler, and all of those components are integrated into a single assembling unit. Wherever you are, with Cafflano® Klassic, whole beans and hot water, you can easily and conveniently make fresh and tasty coffee of your own. The best way to have great coffee is to grind freshly roasted beans and brew right before you enjoy it; and Cafflano® Klassic is the one that enables it. It is neither battery-operated nor needs electricity, but totally environment-conscious with its permanent etched stainless filter. 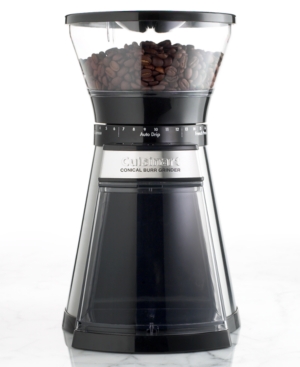 This portable all-in-one coffee maker is a great gift for the holidays! Why wait for the last day? Place your order today at cocotu.com.